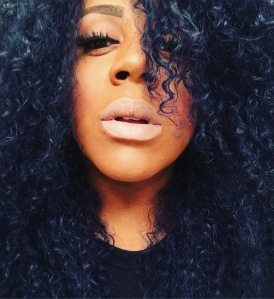 I sit here writing to you today about what I’ve experienced in my 30 years.

I never knew racism until I became famous. I never tasted injustice until I decided to create my own company. I didn’t witness the racial divide until I realized why no one in the US likes or follows my page. Trust me, I’m not complaining. I don’t do well with bad company.

A part of me wants to sit back and admire all of my hard work. But there is a lesson in this tale. Most certainly will I experience more as I go along my journey. To be honest…anyone who’s racist has a lot of audacity-you’re human. You don’t have to right to dislike what another human is doing unless they’re directly doing it to you.

Then…what is it a young black woman is supposed to do? Be on government assistance? Perform oral sex for a living? Have a nice body and no respect for myself? There’s plenty of white women just like that. In fact…since blacks are considered minorities…and I’m sure the numbers haven’t changed since I first learned this…whites have the highest percentage on government assistance.

Interesting. Yet, I am not slandering them.

I knew when I started it was going to be rough, but I didn’t want to admit it was more because of my race than my sex. I actually had a Lyft driver consequently suggest there wasn’t a way I could write Science Fiction and Fantasy. He was being stereotypical because of my good looks.

Everyone is concerned white people will become worse because of Trump’s presidential win…but it was surfacing long before that.

My concern lies with my family. As I have said before, I will not entertain ignorance. You can call me what you want. I’ve seen it all before and I know what’s coming.

As I have said before.

It’s your soul at stake, whether you believe it or not.