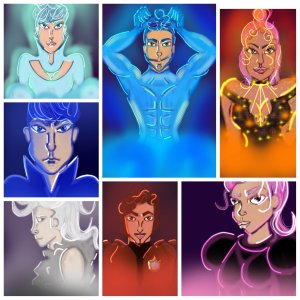 I spent nearly three months with ascension flu. When it finally eased up and I felt like myself, I realized how long a process it really is and what it means for my life.

I would like to mention that it cannot be forced and will come upon you when you’ve made an epiphany. Clearly, a strong one has to trigger it in order for you to understand literally anything. And a multitude of epiphanies can occur.

I found out I was ascending from spirits, and tarot readings. But I didn’t know what was happening. My already heightened senses became even more so, and I realized this when I was able to read minds. My predictions of the future for others were so accurate, the visions began happening instantly.

And I realized who my soulmate is. I prefer not to reveal who it is, but I assure you…they know who they are.

During this though, I realized how imperfect I am and will always be. Ability doesn’t make me a better person, it just means I’m well equipped for the ever changing world.

While it is a good way to start the new year, I also need to guard my spirit. Being all powerful also means I can be more susceptible to spiritual attacks. The flow of the universe is ever ebbing in and out of me, so I can pick up everything, even when I’m not trying to.

After being sick but realizing how great the experience has been…I’m glad my wish was granted. This starts an entirely new journey for me.

The release date has been decided. I am definitely proud of my work and I cannot wait for everyone to behold my latest novel. The interesting part is…upon finishing my work…I entered ascension…and since then…amazing things have taken place in all aspects of my life.

This is probably my favorite of all my works, even though this was said about Erin Bailey is a Time Lord. While that novel has proved to be done so well that it’s expanded beyond probably most everyone’s comprehension except my own…I wanted to outdo myself.

From the art to the storyline, I truly believe I have. What’s more is that its began a major upheaval of my life that the universe felt I was ready for. There are power in my words, which I am grateful for.

I know you will enjoy this novel, and yes, there are plans for a second. I will probably leave it at two novels, because the story isn’t meant to continuously develop.

In my attempts to have a fully finished novel as opposed to my recent works, this fleshed out to be quite interesting. Overall, I am very proud (if you couldn’t tell)

So, February 14th, 2020…prepare to wonder how much you think you know…

Erin Bailey is a Time Lord-

I am hoping to build steam around this. I was hoping to contain my excitement, but can no longer hold it in.

Erin Bailey is a Time Lord will become a film. The process, as most of you know, has already been started! The script itself was accepted and there are investors in place. I believe a few more are needed. Filming won’t start for another year or so…but altogether…everything is falling into place.

It was my greatest wish THAT THIS novel became a film FIRST. During the summer of 2018, Erin Bailey is a Time Lord made is to #10 on during a free promotion on Amazon, specifically speaking…for the genre type–Metaphysical.

That was a huge accomplishment for me. I can’t even say how or why…I knew my novel would do well (cough cough)

I will keep everyone updated as this continuously develops!

As always, thanks for reading!